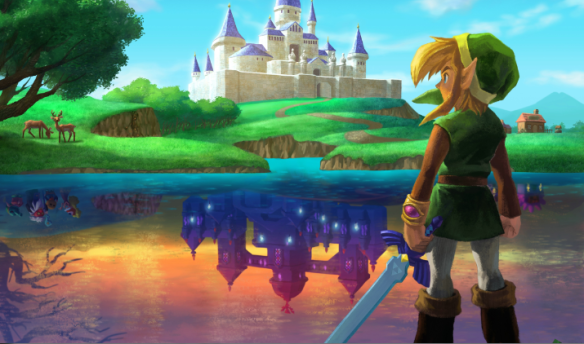 Like many 3DS owners, I sat down with The Legend of Zelda: A Link Between Worlds over the holiday season. My first Zelda title was A Link to the Past on the Super Nintendo, but for some reason the two-dimensional, isometric gameplay never resonated with me. The fully 3D titles, from Ocarina of Time on the Nintendo 64 and beyond, have always impressed me with their larger sense of scale and more in-depth combat features.

So while A Link Between Worlds fails to light a spark of gaming love in my heart, it makes me excited for what the next console entry in the Zelda series may have to offer.

The Legend of Zelda series has been in a rut on the home consoles, which became a noticeable issue with Twilight Princess for the Wii and Nintendo Gamecube in 2006. The game is essentially the traditional 3D Zelda formula on steroids. It is a cumulative of everything that came before that, but now bigger, better and prettier. However, it did little to add to the franchise, unless you count blinding players with bloom lighting.

Skyward Sword, released on the Wii in late 2011, did take some steps to add new aspects to the series. The game introduces a larger cast of memorable characters, implements a crafting system to upgrade equipment, and focuses on new enemy designs to make use of Wii MotionPlus, yet it fails to shake off the shell of older Zelda titles and retreats to the standard formula.

Most of the new cast is phased out out mid-way through the story in favor of focusing on Link and Zelda, the item-based dungeons persist and less enemies in the later half of the game have elements tied to the sword controls.

A Link Between Worlds succeeds at freeing the Zelda franchise where Skyward Sword was unable to, and acts as Twilight Princess’ near polar opposite. Outside of the setting, A Link Between Worlds breaks down what would often be considered fundamentals of the Zelda franchise. The dungeon and item cycle has been completely reworked. You can now tackle dungeons in almost any order and essential items are available through stores. Instead dungeons feature optional pieces of equipment. 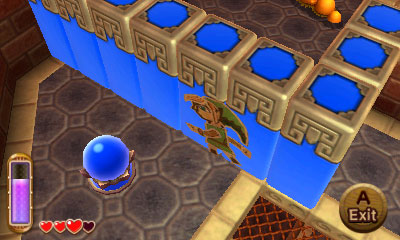 These optional dungeon treasures have to be tracked down by the players on their own, where before they’d be led to them through a sequence of linear events to a mandatory treasure chest. Dungeons built around specific items still exist, but they are the exception rather than the rule. Free-form dungeons take precedence, allowing you to tackle them with whatever set of equipment you desire. That’s not even mentioning Link’s ability to merge with walls which challenges players to throw out their expectations when it comes to traditional Zelda problem solving.

Unlike Twilight Princess and Skyward Sword ,which take hours to truly begin, A Link Between Worlds is quick to start and the entire overworld is available almost immediately. That is something that hasn’t been a part of the series since the original The Legend of Zelda released nearly 28 years ago. It doesn’t even force you to get a shield, which is often considered an essential aspect of Link’s arsenal. It brings back memories of being able to skip the sword in the original release.

My desire for franchises to significantly evolve or change with each entry isn’t shared by many, as apparent by the current yearly franchise grind of the gaming industry. So it makes me glad that A Link Between Worlds’ changes are so well received. Much of the negative criticism about the title stems from the fact that it’s a sequel to A Link to the Past, but I’m fine with that if Nintendo needed a safe foundation to be willing to take the risks that they did.

Now that they have broken down that barrier, I’m hoping it has given them confidence to take the next console entry and continue to tweak and turn aspects of the series to create drastic differences the game’s design. A Link Between Worlds may not be my favorite Zelda game, but it’s yet another step in building a better future for the Zelda franchise.